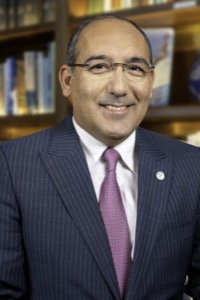 Attorney Jesse E. Guerra Jr., a San Antonio native, attended the University of Texas in Austin for his Bachelor of Science degree and then went on to attend Arizona State University Sandra Day O’Conner College of Law. Returning to Texas he continued his education to add on certified mediator in addition to his law degree.

“The best part about being a lawyer is to stand up for people who can’t do it themselves,” Says Attorney Guerra. “Being a voice for the voiceless.” Guerra is a nationally recognized pool and water safety expert and has served as legal counsel for the National Drowning Prevention Association. He was also chosen to assist the Consumer Safety Commission with the creation of programs for drowning prevention. His many honors and distinctions include Extraordinary Minority Lawyer by Texas Lawyer Magazine, Alan A Matheson Service Award (ASU) and Order of the Barristers (ASU).

Attorney Guerra enjoys spending his free time with his children and dog here in San Antonio. He is an avid tennis player and enjoys golf with his sons. Exploring the nearby Hill Country is also a favorite pastime.

B.S., The University of Texas at Austin