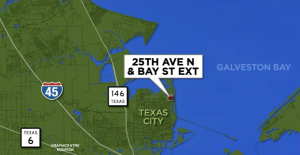 School busses are generally seen as safe. In part, this is because school busses are large and, for the most part, travel at a slow speed. However, the possibility of a serious Texas school bus accident is ever-present.  Adding to the concern, there is no law in Texas requiring all school busses to have seatbelts. Currently, the law only mandates that school busses made after 2018 are equipped with seat belts.

Parents of children who were injured in a school bus accident can pursue a claim for financial compensation against one or more negligent parties responsible for the accident. These cases not only hold irresponsible drivers accountable for their actions but can help families cover the costs of a child’s accident-related expenses.

Carabin Shaw is a local personal injury law firm representing those injured in Texas motor vehicle collisions. For nearly three decades, the firm’s compassionate and knowledgeable attorneys have provided accident victims with high-quality legal representation in all types of Texas vehicle accident claims. Carabin Shaw offers all prospective clients a free consultation and can be reached on their website at www.carabinshaw.com