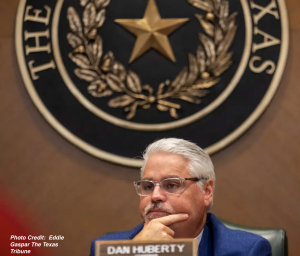 Upon investigation, police officers noted that Huberty appeared flushed, dazed and that his eyes were bloodshot and glossy. He also smelled of alcohol, leading officers to conduct field sobriety tests. After Huberty allegedly failed the tests, police officers arrested the state representative for driving while intoxicated.

At the police station, Huberty refused chemical testing. However, police subsequently obtained a warrant and conducted a blood draw. The results of the blood draw were pending at the time of the article’s publication; however, Huberty later issued a public apology in which he admitted he was driving under the influence of alcohol.

Drunk driving continues to plague Texas roads, despite decades of driver education and strict punishments for DWI convictions. In 2019 alone, there were nearly 25,000 DWI arrests across the state. Not only is drunk driving illegal, but it is also incredibly dangerous. No one was seriously injured in this accident; however, that will not always be the case.

Carabin Shaw is a local car accident law firm representing individuals and families in cases stemming from all types of Texas motor vehicle collisions. For nearly three decades, the firm’s compassionate and knowledgeable attorneys have provided accident victims and their families with high-quality legal representation throughout what is undoubtedly an extremely challenging time. Carabin Shaw offers all prospective clients a free consultation and can be reached on their website at www.carabinshaw.com