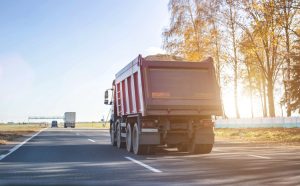 On April 13, 2022, a major accident on I-10 near De Zavala resulted in two people being hospitalized, with one man dying from his injuries as reported by KSAT News. The crash was apparently caused by a blown tire on an 18-wheeler causing it to swerve to the left. It crashed into two vehicles, a Toyota Corolla and a Jeep latitude. The Corolla was driven onto a nearby median, where it slid until it was slammed into a metal pillar, and there it erupted into flames. The driver, a man, was taken to the hospital in critical condition, where he later succumbed to his injuries and tragically lost his life. He was 55-year-old Johnny Rodriguez Jr. of Boerne, as identified by Bexar County medical examiner. The driver of the Jeep was also taken to the hospital with non-critical injuries. The condition of the driver of the Jeep and the driver of the gravel rig is unknown at this time. The accident happened just after 5 P.M. and resulted in a major traffic pileup, as reported by fire officials attempting to clear the scene.

A fully loaded gravel rig can weigh up to 20,000 pounds. This tremendous weight combined with Interstate speeds often results in devastating accidents like this one. Because of this, even though trucking accidents only account for roughly six percent of total accidents in the United States, they have destructive consequences. Nearly 28 percent of trucking accidents result in serious injury, and over 11 percent result in fatality. This means that 107,000 people are injured, and 4,415 people are killed every year in an accident with an 18-wheeler.

Have you or someone you love been injured by an 18-wheeler in San Antonio or the surrounding area? Call Carabin Shaw Today.

Have you or someone you love been affected by the tragic loss of life due to an accident with an 18-wheeler in Texas? This time of loss and grief is difficult enough without having the additional burden of having to sort out the legal complexities of wrongful death lawsuits. Don’t go through this alone. The Law Office of Carabin Shaw has nearly 30 years of experience handling wrongful death claims in Texas and the resources necessary to represent our clients in a variety of wrongful death suits. Our compassionate attorneys strive to keep you involved in every step of the process, and our office is always just a call away. Not sure if you have a case? At Carabin Shaw, we offer free initial consultations, so you can find out if you have a case with no risk or commitment. Don’t wait! The statute of limitations varies from case to case, so it is vital that you contact our firm at 800-862-1260 as soon as possible.