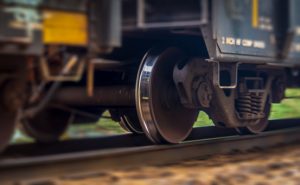 (May 20, 2022) Two people fled the scene of an accident early this morning when a pickup truck collided with two trains on the West Side, according to KSAT. The accident happened at around 2:15 AM when a pickup truck drove off of a dead-end road and through a fence, colliding with a train parked on the nearby tracks. Police say that the drivers fled the vehicle. Later, another train collided with the pickup truck, wedging it between the two trains. No injuries were reported as a result. Both crashes happened on the tracks at the end of Kirk Place, which is a neighborhood street near Highway 90. When police reached the owner of the pickup by phone, he denied driving the truck, saying he had lent it to two friends who called him after the collision. The police have been unable to reach them. The road was temporarily closed while clean-up crews spent hours clearing the debris.

Do I have to call the police if I have been in an accident?

Texas Law requires that the police are notified of any vehicle accident if someone has been injured or killed or if damages exceed $1,000. Failure to do so is illegal and can result in either a misdemeanor or felony charge, depending on the extent of the damage or injuries.