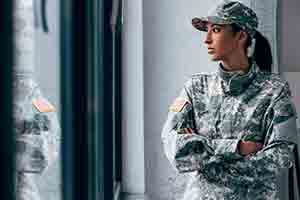 Custody issues may be complex to military training and deployment issues.