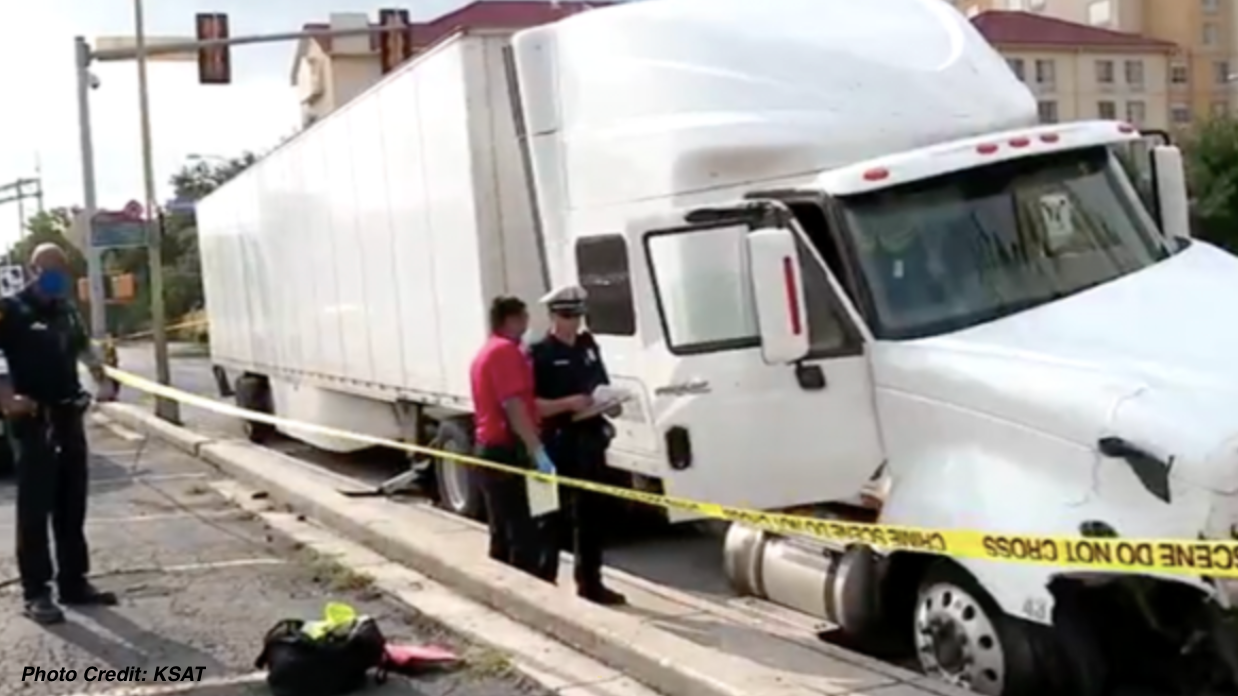 May 23, 2020:  San Antonio, TEXAS–The crash happened around 5:30 a.m. Friday on Interstate 10 near the Dominion on the north side of San Antonio.  Justin Antwan Jackson, 29, the driver of the 18-wheeler, involved in the incident is now charged with failure to Stop and Render Aid after his truck rear-ended a red Ford Fiesta that was stalled on US I-10.

The driver of the car, Donna Falkenberg, 46, was killed in the crash. She was pronounced dead at the scene.  San Antonio Police said she was not wearing a seat belt.

According to an arrest affidavit, Jackson was traveling southbound in the right-most lane when it neared the stalled Ford Fiesta, which had on its hazard lights.  Jackson told police that he tried to avoid another vehicle that appeared to be crossing into the lane next to him and did not see the Ford until the crash was unavoidable.

The 18-wheeler then rear-ended the Ford.  Jackson fled the scene in the truck, and authorities issued a city-wide search.  Parts of the truck were found on scene and helped authorities track down the suspect, who was then located at the intersection of Bowie Street and East Crockett Street downtown San Antonio.

“You can see extensive damage on this 18-wheeler and still, pieces of the victim’s car are caught under the rear wheel,” said Officer Douglas Greene of the San Antonio Police Department.  Officers found Jackson with the truck and arrested him.

He was taken into custody and admitted to police that he was involved in the crash, and failed to remain on scene and render aid to the other driver, according to the affidavit.  Jackson is charged with Failure to Stop and Render Aid. He is currently awaiting indictment, according to Bexar County Court records.  He initially told police that he was a passenger in the truck, but SAPD determined he was, in fact, the driver. 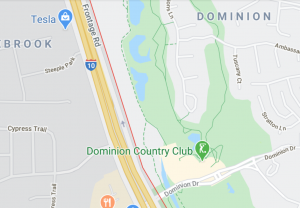 If you or a loved one have been seriously injured or suffered a wrongful death due to the actions of other drivers, contact an  accident attorney who specializes in these cases to review your legal options.  You may be entitled to compensation for damages, medical treatments, and lost wages due to the incident.

Lawyers at Carabin Shaw help clients get the care and attention they deserve after a serious accident.  Our experienced attorneys represent people and families who have suffered personal injuries, catastrophic injuries, and tragic wrongful deaths.  If you or a loved one has been injured or worse, contact us today at (800) 862-1260.