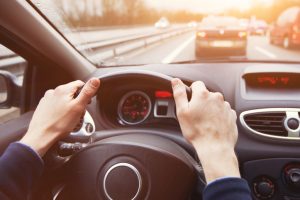 A man was killed in a horrific three-car accident early Monday morning on the southwest side of San Antonio. The driver was allegedly heading southbound and lost control of his vehicle, causing him to collide with a passenger vehicle and the rig of an 18-wheeler heading northbound. The driver was immediately rushed to the hospital with significant injuries, including several broken bones and internal injuries but was pronounced dead hours later. The drivers of the other two vehicles were not seriously injured. Detectives are unclear what caused the driver to lose control. However, the crash happened right around the same time it began to rain, and they suspect that may have contributed. The accident occurred around 5 am on Monday, January 31, just off New Laredo Highway near Briggs Avenue.

Roughly 3,000 people die on Texas roadways every year. The Center for Disease Control and Prevention (CDC) reports 4.9 billion total costs of motor vehicle fatalities in Texas every year, with 2.9 billion or 46% being young adults ages 20-34. Fatalities on Texas roadways are a severe problem that affects thousands of families every year. At our firm, we understand that these are people, not just another statistic. They were brothers, sisters, husbands, wives, and children whose families were left to mourn and grieve. Fortunately, the Law office of Carabin Shaw has the tools and resources needed to help.

Have you been injured, or has someone you love died in a motor vehicle accident in San Antonio?

Have you or someone you love been affected by the tragic loss of life in Texas? This time of loss and grief is difficult enough without having the additional burden of sorting out the legal complexities of wrongful death lawsuits. Don’t go through this alone. The Law Office of Carabin Shaw has nearly 30 years of experience handling wrongful death claims in Texas and the resources necessary to represent our clients in various wrongful death suits. Our compassionate attorneys strive to keep you involved in every step of the process, and our office is always just a call away. Not sure if you have a case? At Carabin Shaw, we offer free initial consultations, so you can find out if you have a case with no risk. Don’t wait! The statute of limitations varies from case to case, so it is vital that you contact our firm at 800-862-1260 as soon as possible.