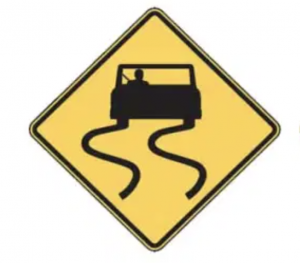 Earlier this month, on the tail end of Memorial Day weekend, two people were killed in a truck accident occurring on Interstate 10 near Van Horn. Heavy rain was a contributing factor in the fatal collision.

According to a local news report, a Honda SUV was traveling eastbound on I-10. Due to the heavy rainfall, the driver of the Honda lost control. The vehicle spun out, coming to a stop while blocking several lanes of traffic. Moments later, the driver of an 18-wheeler approached. The truck driver did not stop in time and collided with the SUV. The truck then traveled onto the shoulder, where it flipped over. Another approaching semi-truck then crashed into a rolled-over 18-wheeler.

END_OF_DOCUMENT_TOKEN_TO_BE_REPLACED

Recently, two young men were killed in a fatal Texas car accident. According to a recent news report, the accident occurred in Denton, TX. Evidently, the two men were heading northbound on Sherman Drive when a southbound driver in an F-150 veered out of his lane. The two-vehicle hit head-on. Emergency responders told reporters that both young men were dead upon their arrival.

The accident occurred during a very heavy rainstorm, which authorities believe may have played a role in the accident. Apparently, more than one inch of rain fell over the previous hour, which means the conditions were extremely wet. According to U.S. Government measurements, any amount of rain over about .04 inches an hour constitutes a “heavy shower.”

Authorities in the area are investigating the accident to determine whether there were any other contributing factors. However, investigators noted that both of the accident victims were wearing their seatbelts at the time.

END_OF_DOCUMENT_TOKEN_TO_BE_REPLACED 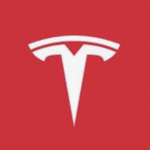 Last month, two people died when the Tesla Model S they were driving veered off the road and crashed into a tree. After colliding with the tree, the vehicle burst into flames. According to a news report released shortly after the accident, it took firefighters four hours and 30,000 gallons of water to put out the fire. A feat that was complicated by the fact that the vehicle’s electric battery continued to re-ignite.

In the initial aftermath of the accident, authorities believed no one was in the driver’s seat when the collision occurred. However, Tesla representatives also inspected the wreckage, and the company immediately disputed the claim that no one was driving. For example, Tesla initially claimed that the preliminary data recovered from the car’s onboard computer system did not indicate that the vehicle was in Autopilot mode. Tesla CEO Elon Musk also noted that this particular Model S was not equipped with “Full Self-Driving Mode,” an optional feature.

In the weeks following the accident, Tesla continues to claim that someone was driving the car at the time of the accident. According to an article released weeks later, a Tesla representative pointed out that all the seatbelts were unbuckled when emergency response crews arrived, explaining that the Autopilot feature does not work unless all seatbelts are worn. Additionally, Tesla claimed that because the vehicle’s steering wheel was “deformed,” it was likely that someone was in the driver’s seat. In response to Tesla’s claim, law enforcement released a statement that they were 100 percent certain that no one was in the driver’s seat.